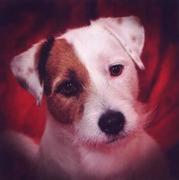 Pet Helpers is incredibly saddened to learn of the recent death of one of our adopted dogs. This post is in loving memory of Duncan who was taken to his heavenly home last Thursday. This is from his family.........
It has been too painful for us to post on his passing. We are still grieving deeply and miss him terribly. He was only 4 years old and died after a visit to the vet. He was put on a new flea chewable that took his life less than 24 hours after taking it. Our other dog who went to the vet at the same time and was prescribed the same flea chewable almost died on Friday from the same medicine. At this time we are not sure he will still make it as there is no antidote for it and our research has shown that several dogs have died within 30 days due to liver and kidney failure after taking this medication. Wish we had known this beforehand! Would have never allowed this to be prescribed, let alone given it to our dogs. Never again will we use a chewable flea & tick med! Please Keep Patti Winter and Todd Michael in your prayers. I fostered Duncan 3 yrs ago and he was such a joy.
Please avoid this drug called Bravecto. I know many vets are pushing it and it just isn't safe and there isn't enough info out there yet.