That would depend upon the size, skill, experience, and strength of individual animals. But for analysis, let's say the wolf attacked first, a likely scenario if you know anything about Chow temperament. The wolf would likely make the error that the Chow would react like almost any other prey animal and go straight for the neck, the most effective killing technique available to a wolf.

I would note, however, that Chows (one of the three oldest breeds of dogs, according to National Geographic Magazine and other sources) have several adaptations for defense. One is the incredibly thick fur around their neck: a wolf would likely grip this with their teeth, and regardless of the wolf's incredible biting pressure, would probably do little or no serious damage the first bite, due to the Chow's loose and wrinkled neck and facial skin, that inches-thick fur, massive jaw, neck and shoulder muscles, and their noted stubbornness.

Meanwhile, the chow could still turn and maul the wolf with great aggression, using their massive bone-crushing maws to great effect. This is a common tactic used when 2 Chows happen to engage each other in a fight. This is also why pit-bulls have loose skin around their neck, since they engage in similar tactics during a fight. (No I do attend dog fights, but I have witnessed both a Chow-on-Chow battle, and also a smaller female pit-bull take down a much larger male pit-bull while defending her master).

You might think that a wolf would be naturally bigger. However, I once owned a 120-pound female, and also had a 130-pound male. This is much larger than the typical chow in the show ring, but within the normal range of sizes for well-bread, healthy Chow dogs, and not many wolves are larger than that.

I would also note that a black chow, a common color, is incredibly hard to see in the dark. It is virtually invisible to human night vision on a dark night. Even with a wolf's excellent nighttime vision, this would be a very clear advantage if the fight occurred at night. Indeed, wolves in areas such as Yellowstone National Park have "co-opted" the black-fur genes from interbreeding with large feral dogs, and one day this color will dominate, since it is a genetically dominate fur color.

So it is really a toss-up. I would give a large healthy Chow a 50-50 shot against a similar sized wolf, and vice-versa, too. Undoubtedly, even the victor of such a fight would not come away from the battle unscathed. 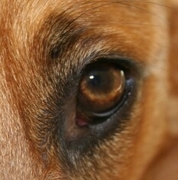 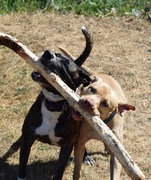 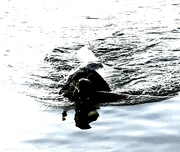 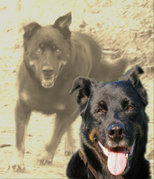